The Court of Appeal has recently emphasised the importance of speed if an ex-employer wishes to obtain an interim injunction enforcing a non-compete covenant.  The longer the delay, the more likely it will be that the employee can persuade the court that the damage to the ex-employer’s interests has already been done and the status quo favours allowing them to continue in their new job (rather than the grant of an interim injunction preventing them from working).  The ruling also suggests that it may be more difficult than previously thought to obtain this type of injunction, as the Court rejected the argument that damages should normally be seen as an adequate remedy for the employee unless there are exceptional circumstances. Following this judgment, unless the employee is a very wealthy individual or the ex-employer is willing to offer to continue to pay the individual during the period of restraint, damages are likely to be viewed as inadequate and this may well tip the balance against granting an injunction.

In Planon v Gilligan, G joined a competitor 11 days after leaving his employment with software company P. P applied for an interim injunction to enforce a 12 month non-compete covenant 7 weeks later;  this was refused at first instance and again on slightly different grounds at an appeal heard 5 months later.

An interim injunction is a discretionary remedy pending a full hearing (at which the enforceability of covenants, whether there has been a breach and the appropriate final remedy will be determined), aimed at maintaining the status quo until that (usually expedited) hearing.  The applicant must show there is a serious issue to be tried in terms of enforceability and breach and the court will then consider the balance of convenience, including whether damages would be an adequate remedy for each party;  where the factors are evenly balanced, the court should preserve the status quo.

The Court of Appeal in this case made clear that, when considering whether to grant an interim injunction, there is no presumption in favour of interim injunctive relief simply because the covenant is thought to be reasonable.  The principle that a party would ordinarily be entitled to an injunction if a non-compete clause was enforceable, subject to the court’s residual discretion where exceptional circumstances applied, was relevant at the final hearing where enforceability would have been established definitively, but not at the interim stage.

The Court held that in this case the delay was fatal to the application for an interim injunction: the 7 month delay by the time of the appeal hearing meant that it was contrary to the balance of convenience to grant an injunction to enforce it, given that much of the damage to P’s legitimate interests would already have been suffered.  It is notable that the Court considered the date of the appeal hearing to be the appropriate point to assess the status quo and delay for the purposes of the balance of convenience (even though the delay from notice of appeal to appeal hearing was beyond P’s control).

The Court also set out its views on the impact of the delay as at the date of the initial hearing.  Laing LJ agreed with the judge at first instance that the delay at that point was not fatal, as it had been reasonable for P to try to reach agreement in correspondence before taking proceedings.  In contrast, Bean LJ considered that if G’s new job posed as severe a threat to P’s interests as contended, the damage would have been done in the first few days and certainly well before the application was made, and therefore the judge would have been justified in refusing an interim injunction on this ground.

Finally, the Court upheld the judge’s conclusion that damages would not have been an adequate remedy for the employee G were an interim injunction to be granted enforcing the non-compete. Laing G thought the case was borderline, whereas Bean LJ commented that “except in cases of very wealthy defendants, or where the claimant employer is offering paid garden leave for the whole period of the restraint”, the argument that damages would be an adequate remedy for the employee unless it would lead to exceptional circumstances of hardship “has no traction”.  Given that G had a family and mortgage and that it was not clear that his new employer could and would redeploy him on work which would not breach the injunction, the likely effect of an interim injunction would be to deprive him of his income unless he could find a new job.

The case highlights how important it is for an ex-employer wishing to secure an interim injunction to restrain a breach of covenant to issue its application promptly and do what it can to ensure that the hearing is listed quickly.  Evidence as to the impact on the employee should an injunction be granted, in terms of their financial means and commitments and whether the new employer could and would redeploy them to work that would not breach the restraint, will be important. In some cases the ex-employer may want to consider making an open offer to continue to pay the employee for the period of the restraint.  Of course, even if the ex-employer does not obtain an injunction, it may still be able to pursue other remedies arising from a breach of covenant. 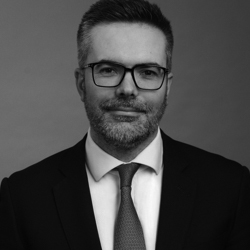 I’m a wellbeing and health author and blogger with an interest in food, wellness, and making every second count.

Life is an excursion. Consistently is another potential chance to observe your equilibrium and deal with yourself. I’m a thoughtful, diet-cognizant lady who is energetic with regards to sharing wellbeing and health tips to help other people.

Top News of the Day

Amazon Prime Day is officially less than one month away. Of course, it’s never too early to start preparing — and writing up your wish

Buyer (and Seller) Beware: The FTC Is Coming for Your M&A Non-Competes

Signs in the lobby inform visitors that the church provides Plan B, an emergency contraceptive pill, to anyone in need. There’s also information about Our