Last week, Karla Miller — the workplace advice columnist of The Washington Post — had a fascinating letter with this problem: 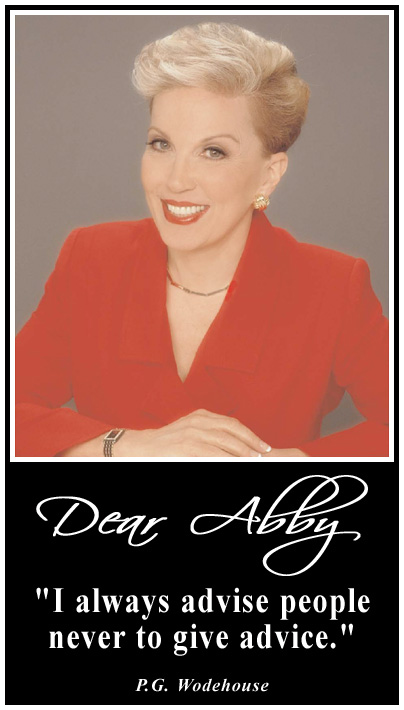 The letter writer is the only female working on a floor with about 50 men. There are three single-use restrooms on their floor: One for men only, and two unisex. There is no women-only restroom, but the writer has heard that they’d provide one if they hired at least one more woman to work on that floor.

The writer apparently thinks sharing a unisex restroom with men is icky, and she “hovers” over the seat when she has to go. In other words, she doesn’t sit down. (According to a number of commenters, women who “hover” make public restrooms even more gross than they already are.)

The letter writer also needs to get her gall bladder removed, but she has told her bosses that she isn’t going to have the surgery until she gets a dedicated women’s restroom. (I had to look it up, but apparently some people after gall bladder removal apparently have some lower-digestive-tract issues, although those usually resolve.)

Anyway, Karla’s answer, based on some information she got from a plaintiff’s employment attorney, was weak. She said that the lack of a dedicated women’s bathroom might create a “disparate impact” based on sex. And that the letter writer might have ground for a complaint under the Occupational Safety and Health Act because she can’t get to a bathroom easily when she needs one — or, because the available bathrooms are filthy and unsafe, which the letter writer never said was the case. And that she might have a protected disability and be entitled to reasonable accommodation under the Americans with Disabilities Act because of the gall bladder surgery.

Karla had sorta-suggested that the letter writer could file an EEOC charge or OSHA complaint against her employer, but she backed away from that at the end and said, “[H]aving your doctor request an accommodation for your health seems like the fastest and least confrontational option.”

All’s well that ends well, I guess. But let me explain why I think the legal analysis in this column leaves a lot to be desired.

First, sex discrimination. Two of the three available restrooms on the floor are accessible to women (or, in this case, “woman”). Because everyone else working on that floor is a man, it makes sense that the men would be entitled to at least one single-use men’s room. And, last I heard, OSHA and the U.S. Equal Employment Opportunity Commission were pushing for restrooms that were accessible to transgender employees. Single-use unisex bathrooms are a way to get that done with a minimum of strife about who gets to “go” where. Sounds like a very progressive employer to me.

The OSHA angle strikes me as bogus, too. OSHA does generally require that employers provide “prompt access” to restrooms. It also requires a certain number of restrooms based on the number of employees. But three toilets are considered adequate for workplaces with 36-55 employees, so the letter writer’s employer seems to be in compliance. OSHA also requires that restrooms be in sanitary condition, but the letter writer didn’t ever say that the bathrooms in her workplace were not sanitary.

In short, there is no indication from the letter that the employer has violated OSHA guidance about bathrooms. 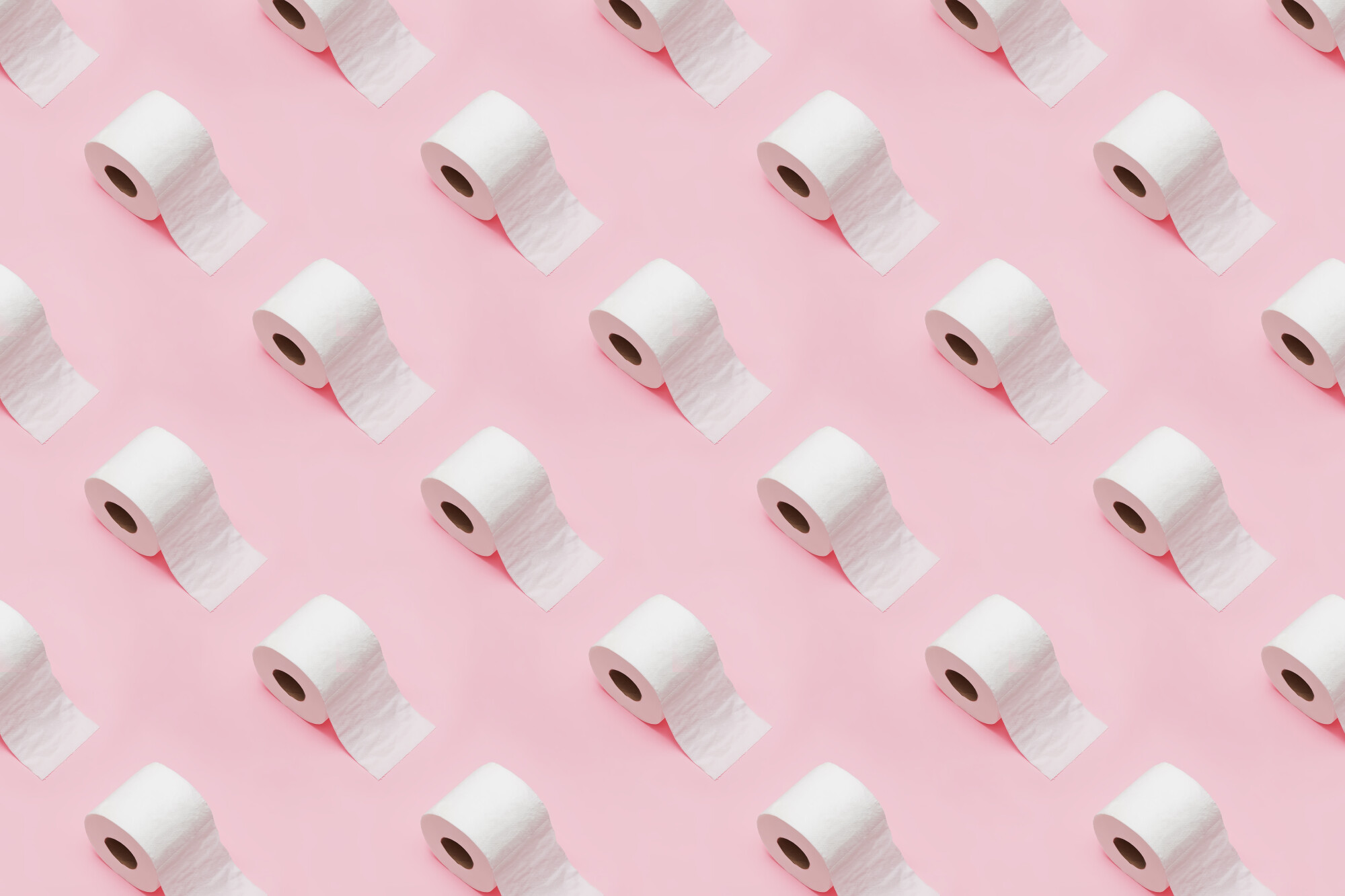 Finally, the ADA. According to the Mayo Clinic web page linked above, gall bladder surgery is usually performed on an outpatient basis. At worst, it may require one night in a hospital. The condition that requires the surgery might arguably be an ADA-qualifying disability, but apparently the condition has not caused the letter writer any issues with her lower digestive tract. She is concerned that the surgery will cause those issues. And she’s just speculating anyway, because she keeps postponing the surgery.

I would advise an employer to consider the condition and any effects of the surgery to be a “disability” that arguably requires reasonable accommodation.

But she is being “accommodated”! She has the use of two accessible single-use unisex bathrooms! Because the bathrooms are single-use, she doesn’t have to worry about having other employees be in the room with her if she has lower-digestive-tract issues. If she needs access urgently and can’t get it, that of course could be a problem. But I still don’t believe that a court would say that the employer had to give the letter writer a dedicated bathroom — meaning that 50 men would be down to only two single-use bathrooms — as a reasonable accommodation. A much more realistic accommodation would be letting her work from home until she was able to share a restroom again.

And another thing . . . wouldn’t she need a post-op leave of absence for a few weeks after the surgery anyway? Which means that even if she had those, um, issues after her surgery, they might be gone by the time she was ready to return to work, in which case no accommodation would be necessary.

Karla is usually good, but I was disappointed in her response to this one. Fortunately, some of the commenters did a better job. Since the column is behind a paywall, I’ll give you a few examples here:

“Uh …. what’s the problem? Sounds like it’s only in her head. Or do we just accept that men have cooties? I saw the headline and it made me think she was having men in the bathroom at the same time. Now I see that’s not the complaint. Again, what’s the problem and why didn’t [Karla] Miller raise the question?”

“Wait a minute, what is the actual problem? LW didn’t complain about access to a bathroom, nothing about when she can take bathroom breaks, and never even said that the bathrooms are messy or unsanitary. She seems to just be assuming that since men also use them that automatically makes them unsanitary, that she can’t sit on the toilet seat without getting dirty. Mighty big assumption. . . . She seems to be making a problem when there isn’t one.”

“Is there a gas station nearby?”

“I see no mention of the unisex bathroom being unclean, and if it is, her ‘hovering’ is probably the biggest contributor to that.”

I’ll stop with that one. The comments also have more than you ever wanted to know about “hovering.” Don’t read on an empty stomach.

I’m a wellbeing and health author and blogger with an interest in food, wellness, and making every second count.

Life is an excursion. Consistently is another potential chance to observe your equilibrium and deal with yourself. I’m a thoughtful, diet-cognizant lady who is energetic with regards to sharing wellbeing and health tips to help other people.

Top News of the Day

Sadness Isn’t An Enemy – All There Is with Anderson Cooper

This episode contains discussions of suicide. If you or someone you love is struggling, call the National Suicide and Crisis Lifeline at 988. Anderson Recording

3 events will set the market’s tone for October

Here’s a story for you: Some investors bought an apartment complex in Houston with the plan to fix it up and flip it. They decided